this page is still being developed...Please check back soon for updates!
thank you for your patience 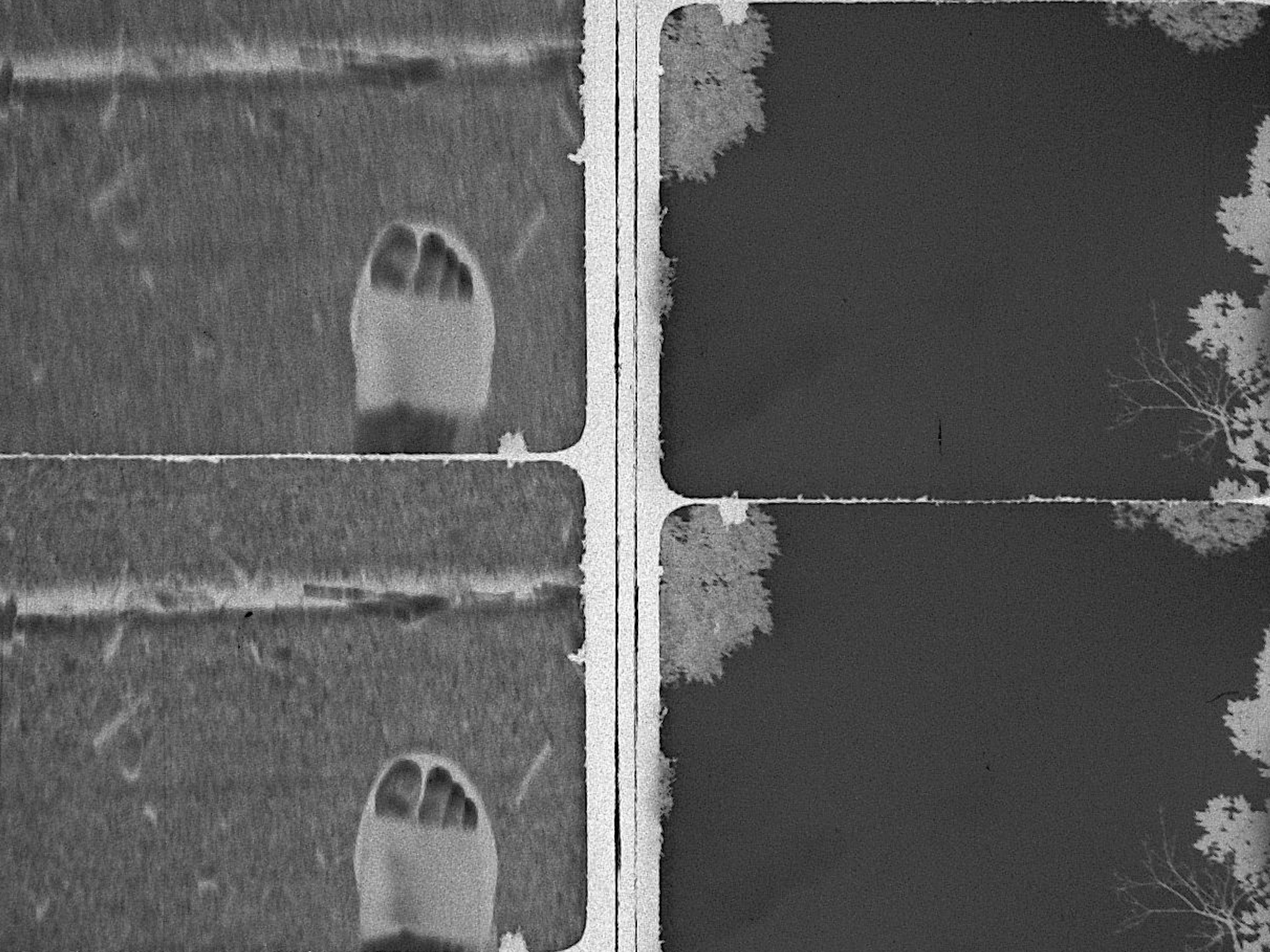 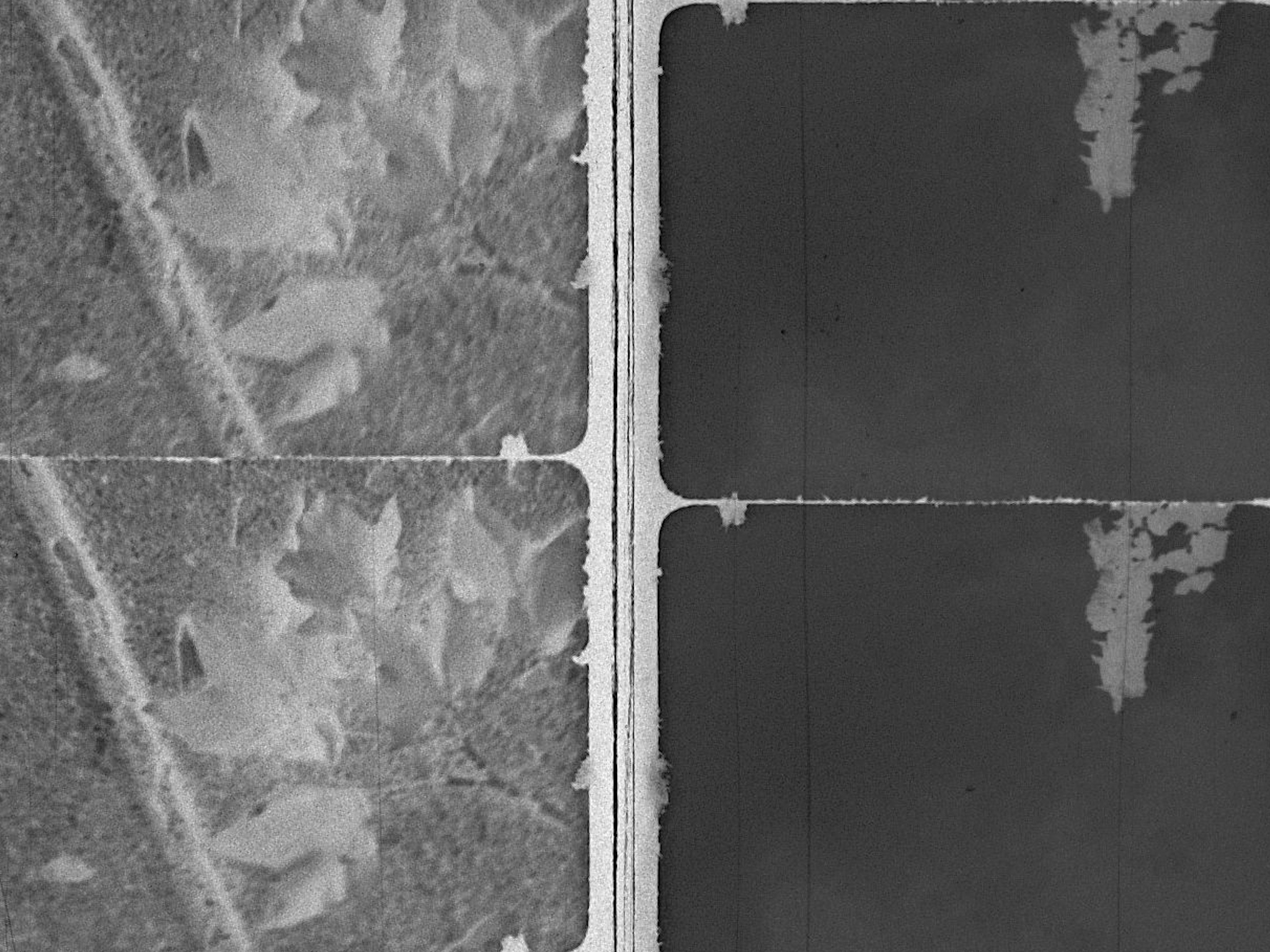 Double Run Eight takes its name from a moving image camera from the Slemmons collection: a Bell & Howell Filmo series 8mm camera. As a double 8 format, the camera runs 16mm size film through one way, exposing one half of the frame on the first pass. The roll is then flipped and run back through again, this time exposing the other half of the frame. The final processed film is split down the center and ends up as an 8mm roll.

The exhibition features a projection that reinterprets the mechanisms of the double 8 camera by keeping the film at 16mm width. The film plays with visual collisions and inversions of the resulting four frames, rearranging the image plane with forwards, backwards, and radial motion as the artist’s body activates, holds, and navigates propositions of the analogue image. The projected original negative will degrade over time, accumulating scratches and dust throughout the duration of the show.

The accompanying gelatin prints are created using another camera from the collection designed to rephotograph 16mm frames onto 120 still photography film. The translation from negative to positive becomes an inherent marker of the analogue process, and the visual and temporal shift of the photographic frame a reminder of the fundamental connection between the still and the moving image. 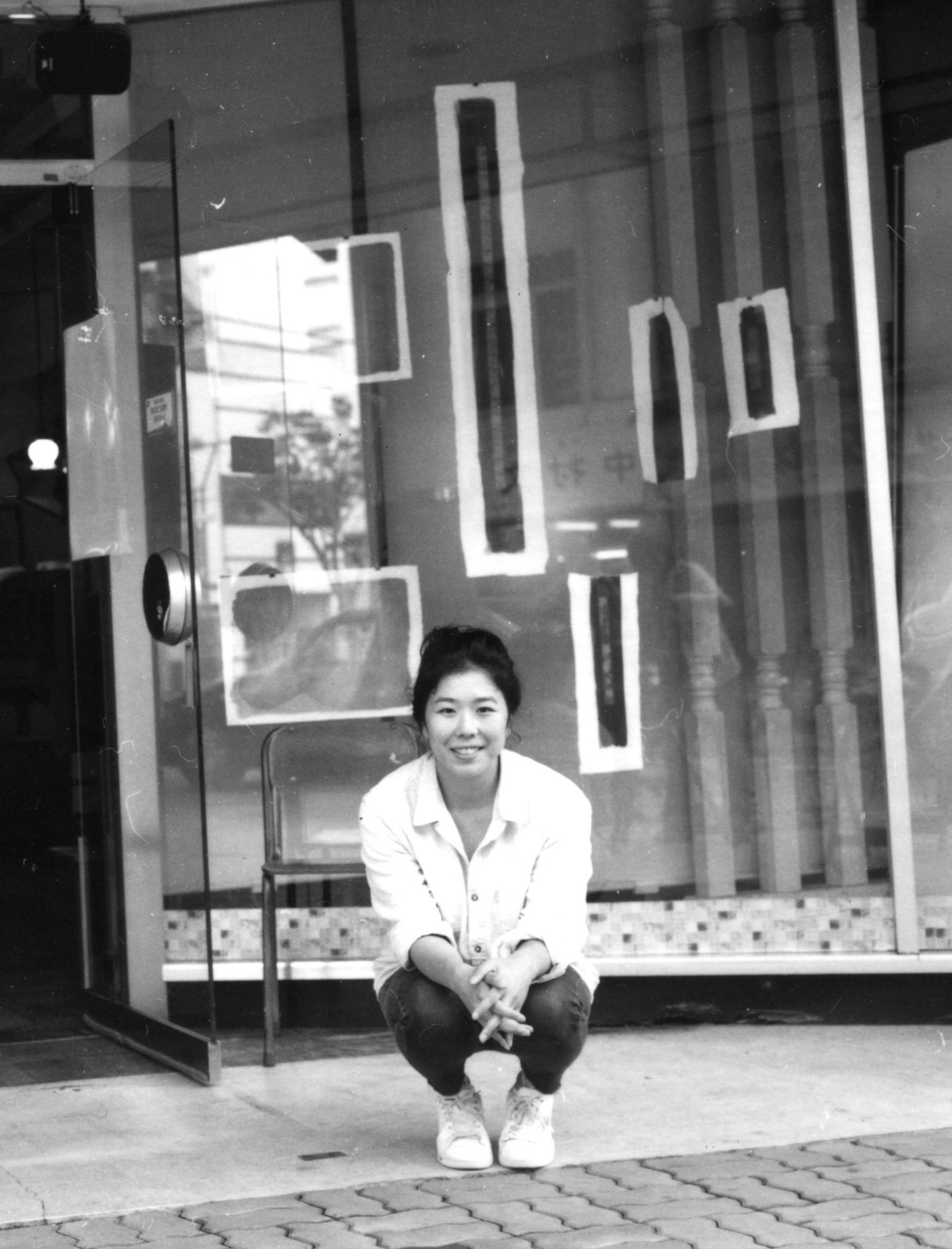 Kioto Aoki is an artist and educator using the analogue image and image-making process in photography and cinema to consider the intimacies of sight and relativity. Responding to and formed by observations and experiences of the everyday, she forms a rhetoric of nuanced quietude that explores various mechanisms of spatial and visual acuity. Her photographic often oscillates between the still and the moving image, attentive to the apparatus of the human eye and the camera. The conceptual vernacular of her work withholds a narrative, redirecting one’s attention circles back to the body in space and time. The body activates, holds, and navigates the propositions of the analogue image through books and installations which engage notions of structural tangibility and site-specificity. A philosophy of attentiveness, a practical and simultaneously idealized slowness is used to recalibrate time as a lexicon of visual phenomenology: a dialogue of subtlety and playful implications.

Her work is held in the Joan Flasch Artists’ Book Collection and the Museum of Contemporary Art Chicago Library. Musical projects include Yoko Ono’s SKYLANDING, Tatsu Aoki’s The MIYUMI Project, Experimental Sound Studio’s Sonic Pavilion Festival, and Soundtrack at the Museum of Contemporary Art Chicago. Curatorial projects include the ongoing Chicago Obihiro Exchange Project and 思考回路•Shikoukairo: Patterns of Thought which reframes the conversation around Asian & Asian-American cultural diegesis in the arts.